The Weekend House and Petit Maison

Over the course of his career, Le Corbusier's work went through a major shift in design and construction. To understand how Petit Cabanon is different from Le Corbusier's other designs, it is important to look into his earlier works. In this section, I will focus on two of his works. Both of these are small scale houses built by Le Corbusier, but they were built decades before Petit Cabanon, and before Corbusier's ideology on design changed.

While the Weekend House was built for a client, Petit Maison was built for Corbusier's parents. Cabanon and the Weekend House were both constructed as holiday homes. Cabanon and Petit Maison  were both constructed for personal reasons. All these beautiful houses are small in structure and yet distinctive in features. By looking into these two houses, we hope to understand Petit Cabanon better.

"I boarded the Paris-Milan Express several times, or the orient express (Paris-Ankara). In my pocket was the plan of a house. A plan without a site. The plan of a house in search of a plot of a ground"
-Le Corbusier, 1954

Petit Maison was built by Le Corbusier at the shores of Geneva for his parents in 1923-1924. His mother lived in this house till her death in 1960. However, Corbusier's father could enjoy the house only for a year before his death. 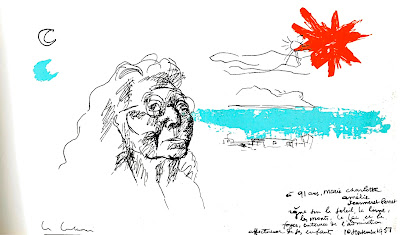 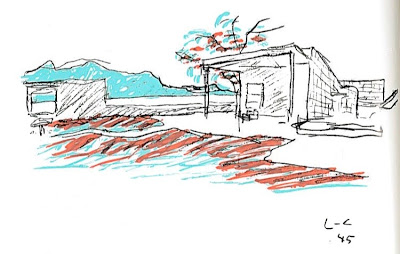 
Petit Maison was built in the eastern end of Lake Geneva. In comparison to Petit Cabanon's wood exterior, Petit Maison was built of hollow concrete blocks and later coated with hot dip galvanized steel sheet on one facade and aluminium sheets on the other. Three out of Corbusier's five points for a new architecture can be seen reflected in this house: the use of the roof as a sun deck, the open plan, and the vertical windows. Another difference between Petit Cabanon and Petit Maison is the plan itself. While Petit Cabanon is a single room house without a kitchen, Petit Maison is a fully functional house equipped with kitchen, proper bathroom, bedroom, and guest bedroom. 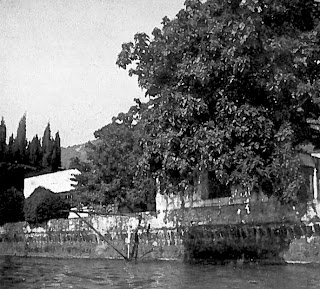 View of Petit Maison from the lake 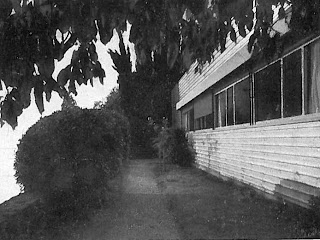 Aluminium cladding on the wall of Petit Maison 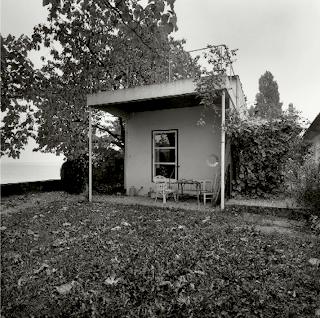 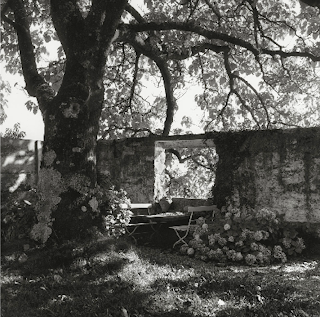 Opening through the wall provides a beautiful view of the lake 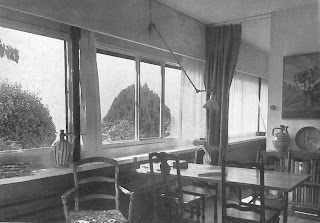 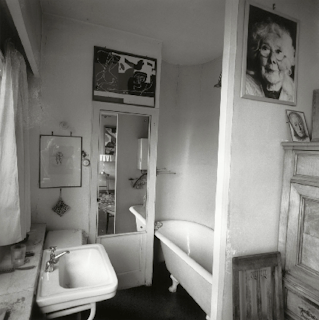 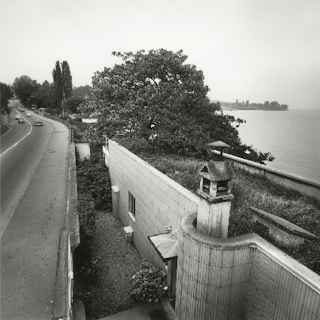 
The Weekend House was built in 1935 in a Paris suburb. The Weekend House and Petit Cabanon have one major similarity, they are both holiday homes. However, the Weekend House was built for a client whereas Cabanon was built for Corbusier's personal use. Le Corbusier was asked by his client to build a house which was as unnoticeable as possible. To meet this requirement, Corbusier built the house in the corner of the site at a height of eight feet. The roof was planted with grass and the exterior walls were made with exposed quarrystone masonry. Even though the weekend house was built in a suburban area, it was surrounded by curtain of trees and appeared very natural due to its grass roof. 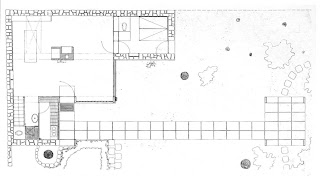 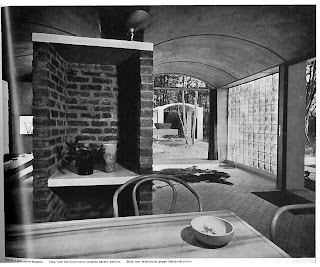 Email ThisBlogThis!Share to TwitterShare to FacebookShare to Pinterest
Labels: Works Before